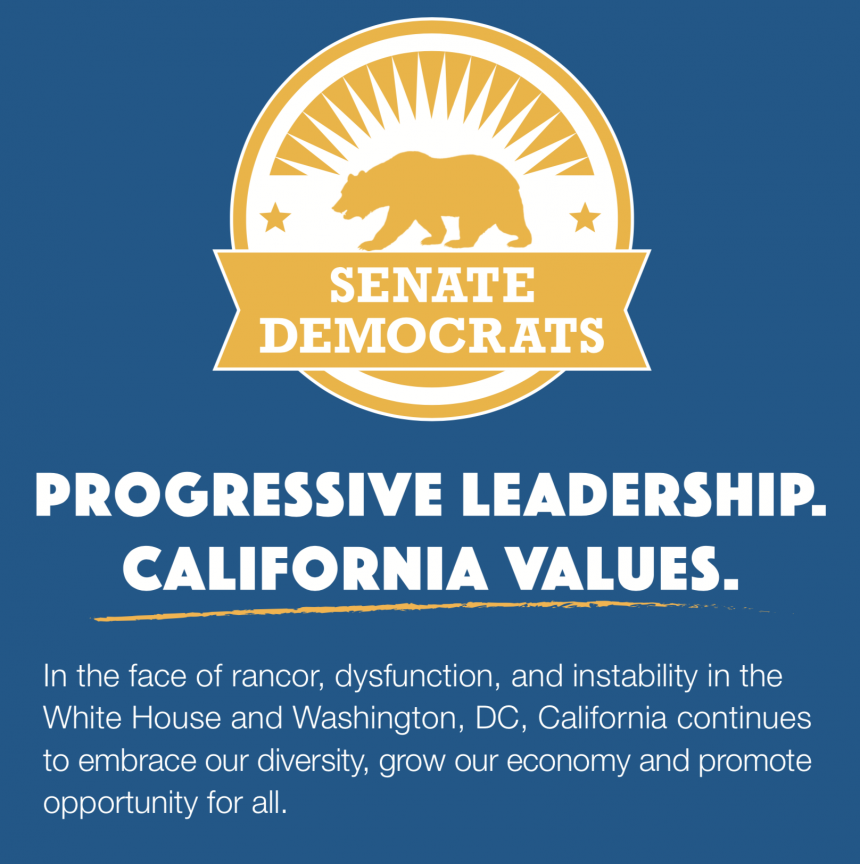 Wildfire and extreme weather are more destructive than ever. The Senate took decisive action this year to protect the lives and property of the people of California. Legislation will help the state deal with increasingly extreme weather and natural disasters caused by climate change.

For too long, California's criminal justice system has treated the rich and guilty better than the poor and innocent. This year, Senate Democrats worked tirelessly to eliminate the money bail system, putting all individuals accused of a crime on equal footing before the law.

This year's budget included the highest level of funding for k-12 schools in California's history. Senate Democrats also made signigicant increases to higher education funding while also eliminating the risk of tuition hikes.

Senate Democrats passed the strongest net neutrality protections in the country. The new rules prevent internet service providers from blocking access to any site, slowing down your internet speed, or giving certain websites an unfair advantage in the race for our time, attention and business. These important protections will ensure that Calfornians continue to enjoy the full benefits of a free and open internet.

The Legislature is working hard to revamp its workplace sexual misconduct and harrassment policies to ensure everyone can feel safe and respected in the workplace. Reforms adopted this year make California the national leader in protecting victims of workplace harrassment, while also creating a transparent, independent investigation process to effectively and ethically remedy ongoing issues.

One-fourth of California's publicly traded companies do not have a single woman on their boards. This year, Senate Democrats passed groundbreaking legislation giving women a seat at the table. California will be the first state in the nation to require every publicly-held corporation based in the state to have a minimum of one woman on its board of directors by 2019.

Senate Democrats have worked hard to end the School-to-Prison pipeline and reform the youth criminal justice system. This year, the Senate passed a package of bills to keep youth offenders out of the adult prison system and fix longstanding inequities for children and adults in our penal system. The #EquityAndJustice package is focused on prevention, rehabilitation and maintaining family cohesion. The Senate also passed legislation limiting the state's felony murder rule so it will no longer hold accomplices to the same standard as if they had personally killed somone.

In California, there is no denying the reality of climate change. Senate Democrats responded with bold leaderhip, passing SB 100 to make California the first major economy on the planet to commit to 100% clean energy by 2045.

Last year, the Trump administration proposed a massive expansion in federal offshore oil drilling on the Pacific coast. This year, Senate Democrats proved once again that nobody messes with the beauty of the California coastline, by passing legislation that will block the Trump Administration from expanding federal oil drilling off the California coast.

The Senate championed legislation that will eliminate dangerous short-term health insurance policies that don't serve the needs of California's families. Senate Democrats are making sure health care coverage is comprehensive, affordable and accessible for all California families.

Senate Democrats passed legislation that gives families the tools to make healthier choices when dining out with their children. Sugary drinks will no longer be the default option with children's meals.